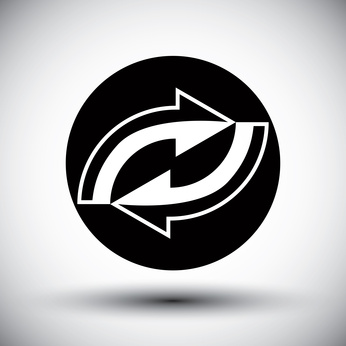 At IBCSR, we assume that religion is informed by both biological and cultural factors. This means that any theory of religion that leaves out biology or culture will be partial at best, and downright misleading at worst. In emphasizing a bio-cultural approach to the study of religion, we are tackling a longstanding problem in the contemporary academy: many social scientists are suspicious of biological reductionism, while biologists and neuroscientists are often dismissive of culture. We think both these positions are too one-sided, and so we call for détente in this decades-long battle between nature and nurture. We lead by example, which means we have to be aggressively and rigorously balanced. At IBCSR, we affirm that biology is real – humans are not blank slates. But we also highlight that culture’s influence is enormous and pervasive, and that almost nothing in religion reduces to mere biology. In fact, in the real world, biology and culture mutually influence and are influenced by each other in an endless feedback cycle.

Models and theories that inform the bio-cultural approach

The bio-cultural approach is informed by a number of specific theoretical heuristics. Some current models of biology-culture interaction are informed by dual inheritance theory (DIT), niche construction theory, or gene-culture coevolution. Others focus on evolved social learning strategies driven by prestige or reputation, conformist bias, or ritual. Still others draw on game theory or cognitive scientific accounts of perceptual biases. IBCSR researchers draw from all these models and more. In all that we do, we assume that the symbol-making capacity of human beings cannot be understood via cultural or brain mechanisms alone. We need both to understand such behaviors as  religious ritual or the use of religious symbols.

Across projects, IBCSR is working to develop cutting-edge models of the biology-culture interaction by examining how the brain mediates religious cognitions; modeling the cultural dynamics that give rise to religious communities; studying the physiological effects of ritual action; and testing evolutionary models of the brain-group nexus. Though current models of biology-culture interactions are still in their early stages, they are already indispensable for framing empirical and theoretical approaches to religion as a bio-cultural phenomenon. This is why we draw from established methods while actively developing and testing innovative new models.

Drawing responsibly from the humanities

We also believe at IBCSR that it’s vital to ensure our own research models are constrained by data and interpretive insights from the social scientific and humanities disciplines of religious studies. Religious studies discourse isn’t just a pleasant side dish, to be sampled at our whim but ignored when we desire. It provides invaluable interpretive guides, rich ethnographic data, textual expertise, and historical conditioning. Each of these tools offers indispensable constraints on and fodder for bio-cultural models. In our insistence that bio-cultural theories of religion maintain contact with the insights of religious studies, we keep the evolutionary and cognitive sciences of religion grounded in reality.

How the humanities can inform the hard sciences

Co-Founding Director Patrick McNamara is expert in cutting-edge imaging techniques and methodologies. But one of the most fruitful research insights of his career came from reading philosophy. Urged on by Co-Founding Director Wesley Wildman and Director Robert C. Neville, Dr. McNamara delved into philosophical texts that brought up questions of value, or axiology – a subject usually avoided in the sciences. After all, science is supposed to be about objective facts, not subjective values.  But in Dr. McNamara’s lab, questions of axiology gradually inspired a hard research agenda. Dopamine is crucially implicated in the neurological processes that assign value to stimuli, determining what’s important for the organism and what can be ignored. Dopamine-based reward and aversion signaling is centrally implemented in these processes.  It may be that religion and other cultural processes work to influence reward signaling to affect our value priorities. The question of how the brain assigns value, or salience, to environmental stimuli led Dr. McNamara to explore the riddles of the dopamine system – a project that guides his research today, influencing his hypotheses about religion and the neurological bases of axiology. All because of some dabbling in the humanities.

What is the bio-cultural study of religion? It is a way of shining a spotlight on the constructive intertwining of cultures, brains, and biology. It assumes that we will find no answer to the chicken-and-egg question that asks whether nature or nurture is primary in religion. Brains and cultures are involved in eons-long feedback cycles without end. Biology constrains culture but cannot dictate it. Culture profoundly influences behavior but does not get the last word. In fact, no one gets the last word – both biology and culture are continually talking. And through integrated research methodologies, we coax out the answers to the questions that matter.