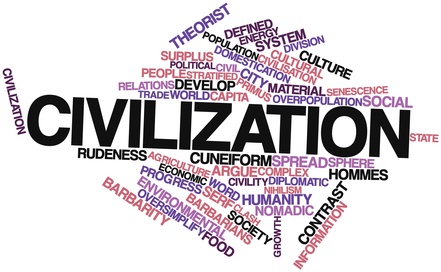 SRP began in 2010 with an attempt to apply agent-based modeling techniques in a costly signaling conceptual framework to answer the questions of whether and how religious groups that impose high costs on their members can survive in a wider social environment. The resulting model showed that costly groups can achieve stability. This generalized a result from Henrich (2009) showing that an entire population can achieve equilibrium around high-cost beliefs and practices under certain circumstances. Henrich used a population evolutionary model that did not allow for subgroups, but it was an elegant result nonetheless. Our result was more realistic and possessed a different type of elegance. It was published as Wesley J. Wildman and Richard Sosis (2011), "Stability of Groups with Costly Beliefs and Practices," Journal of Artificial Societies and Social Simulation 14 (3) 6.

In July 2012, Wesley Wildman and LeRon Shults began a collaboration with the scientists involved in the Çatalhöyük archeological site in Turkey. The project is to build simulations of the agricultural transition and the possible roles of religion in that drawn-out process, using data from Çatalhöyük to calibrate and validate the simulation. The first model was completed in 2015, to be published in 2016. Other models are in development.

October 2012: Wesley Wildman attended the fifth "Epistemological Perspectives on Simulation" conference in search of partners who might be interested in collaborating on building a simulation platform that researchers could use to study religion even if they lacked any programming experience. This venture yielded parts of a project team and inaugurated a collaboration between IBCSR and the Virginia Modeling, Analysis, and Simulation Center (VMASC) at Old Dominion University in Virginia. The key VMASC personnal are Andreas Tolk (who has since left VMASC) and Saikou Diallo, who has proved to be an invaluable partner.

January 2013: Wildman and Shults completed the initial specification of what we call the "Civilizational Transformation Model" (CTM). This is a proof-of-concept model intended to show that all of the aspects of human cognition known to be relevant to religion could be harmonized into a complex virtual mind, that such minds could interact to produce social worlds with distinctive styles, and that under certain circumstances these worlds could transform in style (as when people began to migrate away from hunter-gather lifestyles and settle down in or near towns to pursue agriculture and the domestication of animals). Lots of factors are relevant to the transformation of civilizational form. Our central hypothesis is that religion is one relevant factor and CTM shows how it might work.

March 2013: The implementation of the model specification began. In this phase of the project, Wildman works closely with Matthew Haase, one of Saikou Diallo's masters student in VMASC at Old Dominion University.

During 2015, LeRon Shults of the University of Agder in Kristiansand, Norway worked with Wesley Wildman at IBCSR and Ross Gore at VMASC to propose a program of research to the Norwegian Research Council. The aim of Modeling Religion in Norway (MODRN) is to use the massive datasets that the Norwegian Government makes available to researchers to build simulations of immigration, assimilation, religiousness, and secularism in Norwegian culture. The funded part of MODRN begins in July 2016 and runs for three years.