IBCSR's Spectrums Project is an ambitious attempt to apply what is known about ideological spectrums in politics and morality to the field of religious beliefs and practices. The Project's goal is twofold: firstly, to deepen understanding of why human beings adopt a spectrum of religious and theological viewpoints; and secondly, to discover strategies for mitigating the problems associated with religious extremism and polarized religious discourse. IBCSR's main partners in this project are Dr. Catherine Caldwell-Harris in Boston University's Psychology Department and Dr. Ravi Iyer of the University of Southern California. The project's post-doctoral fellow is Dr. Aimee Radom, who recently completed a dissertation on a related topic. This project is funded by Boston University's School of Theology, the Doug & Gay Lane Foundation, the Lakeside Foundation, and the Arthur Vining Davis Foundations.

“Conservative” and “liberal” – they’re words we hear every day, so we know what they mean, right? Well, in a religious context, we’re not so sure. For example, does “conservative” religion refer to Biblical literalism or to strongly held beliefs and inward conviction? What about liberal religion – open-mindedness and social justice, or lax theology and moral relativism? How do these contrasts and variations differ across cultures and religions? Is it possible to understand ones religious-ideological opponents well enough that they can tell get "get it" and yet still disagree? The purpose of the Institute's Spectrums Project is to provide insight into these questions.

The Spectrums Project operates under the leadership of Boston University researchers Drs. Wesley Wildman (philosophy, theology, and religious studies) and Catherine Caldwell-Harris (psychology). It is an ambitious attempt to investigate how ideological spectrums manifest themselves in religious settings. The project has three phases: a literature review, an empirical study (including the development of survey instruments), and a real-world educational laboratory.

IBCSR’s Spectrums Project is an ambitious attempt to apply what is known about ideological spectrums in politics and morality to the field of religious beliefs and practices. The Project’s goal is twofold: firstly, to deepen understanding of why human beings adopt a spectrum of religious and theological viewpoints; and secondly, to discover strategies for mitigating the problems associated with religious extremism and polarized religious discourse. 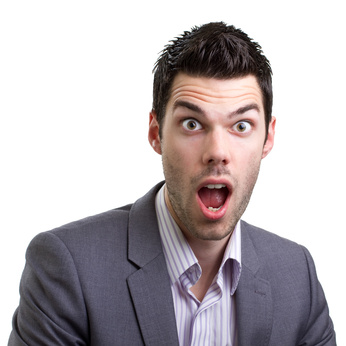 If you watch the news or read the opinion pages, you could be forgiven for thinking that liberals and conservatives are members of completely different species. But why is it that these different groups have such a hard time getting along? A team of scientists from Nebraska thinks that the answer has to do with people’s bodies – specifically, how they’re physiologically predisposed to respond to the good and bad in their environments. The difference between conservatives and liberals, then, may go all the way down to the brainstem, and this difference can affect religious ideology too.

In Europe and North America, most religious people are Christian. This means that debates between theological liberals and conservatives in these countries are often about things like the divinity of Christ, the validity of other world religions, and the existence of Hell. But the Spectrums project team has been researching patterns in ideology that transcend just the Christian tradition, and contemporary Buddhism offers a powerful example of how conservative/liberal differences play out in non-Christian faiths. A series of innovative websites on Buddhist culture and secularism demonstrates exactly how. 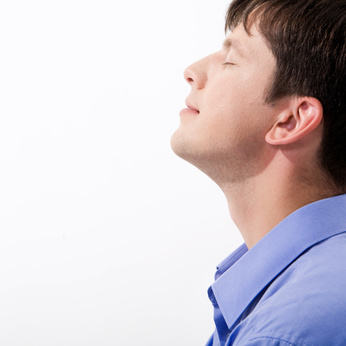 We’ve all seen it: religious extremists with signs protesting a seemingly innocuous event. Or perhaps hardcore believers dogmatically arguing with someone about religion. But are these diehards really more dogmatic and less open-minded than others? Does this common perception have any basis? In fact, the answer appears to be a qualified yes – research conducted more than thirty years ago suggests that the indiscriminately antireligious are, indeed, more open-minded than the religious.

It’s a “love drug.” It’s a “cuddle chemical.” The hormone and neurotransmitter oxytocin has gotten a lot of good press in the recent past, as research has shown that it seems to increase people’s level of affection, trust, and warmth for one another. But new research from the University of Amsterdam shows that oxytocin’s role isn’t always benign: in addition to stimulating positive, bonding emotions, oxytocin also appears to increase bias and prejudice against outsiders. Might this research have implications for political and religious prejudice as well?
Read more ...

In general, the stereotypical religious conservative understands God as ready to punish those who sin. By contrast, the stereotypical religious liberal views God as ready to forgive anyone and everyone. These views need not be completely incompatible, but each view has a different emphasis: one on justice and the other on love. Psychologists Azim F. Shariffa (University of Oregon) and Ara Norenzayan (University of British Columbia) have found that the former conception of God rather than the latter correlates with increased moral behavior.

Since 1990, more and more Americans have begun considering themselves “non-religious” (or “nones”). When plotted on a graph, the number of nones skyrockets at around 1990 and continues full steam ahead, making America seem destined for secularity within a generation. Well, a generation has passed and yet America remains quite religious. Sociologists Michael Hout and Claude S. Fischer (both University of California, Berkeley) have reanalyzed the data on America’s waning religiosity and found that what Americans oppose is organized religion rather than religion itself.

It is often taken for granted that children will just inherit the religion of their parents. Clearly, it seems, nurture trumps nature in terms of religion. In 1990, Neils G. Waller and others (all from the University of Minnesota) dared to challenge this conventional wisdom. They sought to determine whether genetics played a role in religious orientation. Astonishingly, they found that genetics play a decisive role in about half of the variance observed in the measures of religion they employed.

Religion affects every domain of human behavior, from our decisions about politics to our choice of a spouse. In fact, research collected over the past several decades suggests that even the very emotions we feel in our day-to-day lives are affected by our religious orientation, with different religious attitudes correlated with emotions like fear, shame, disgust, and excitement. One psychological research theory, the “polarity theory” of ideology, investigates personal ideological polarity and provides a focused picture of ideological differences in religion and emotions. 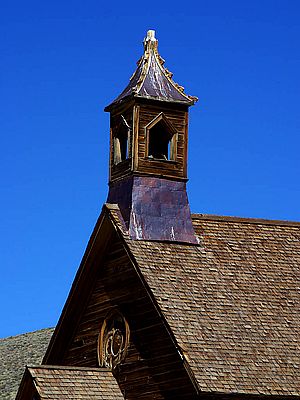 Most people like to think they've carefully thought out their positions. They’ll say that they’ve fairly assessed both sides of an issue and have come to their particular position through thoughtful analysis. Well, what if a large part of their decision-making process had absolutely nothing to do with the substance of the issues but instead with their genes? What if their thought process was more rationalization than analysis? This very well may be the case: a gene has been discovered that influences liberal beliefs.

Should politics and religion mix? Actually, for Americans that might not be the right question to ask. The fact is, religion and politics already do mix in the U.S., making the right question more like “How do they mix, and what does it mean?” The answers could be unsettling. New research from the University of Texas at Austin suggests that many religious messages affect people’s political opinions subconsciously, even among those who don’t want religious language in political speeches.