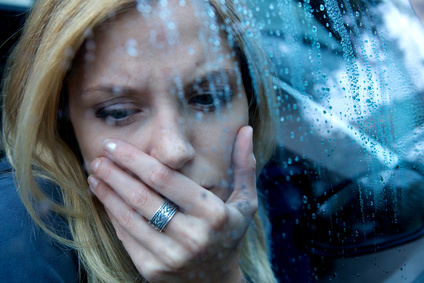 Many church members would attest to the social and perhaps even emotional benefits of participation and belief. Could one of these benefits include prevention of a major depressive disorder (MDD)? This was the question asked by S. Kasen, P. Wickramaratne, M.J. Gameroff, and M.M. Weismann at Columbia University. The results indicate that religious service attendance can aid in the prevention of certain mental disorders in the offspring of non-depressed parents, and in the offspring of depressed parents who did not have a prior MDD.

In order to test the hypothesis that religiosity might prevent instances of major depression, the researchers designed a single longitudinal study which compared offspring of at least one depressed parent with control offspring in 10 and 20 year follow ups. Non-depressed parents were selected from a 1975 survey conducted in the same community with no psychiatric illness. At each stage semi-structured interviews were conducted with the Schedule for Affective Disorders and Schizophrenia – Lifetime Version (SADS-L). Younger participants were tested with a children's version of the same instrument.

Religiosity was evaluated as a part of the demographics section of the SADS-L. Approximately two-thirds of the individuals were Catholic, half of the remaining were Protestant, and the rest described personal beliefs or were unknown, Jewish or Buddhist. Average service attendance among the entire sample was one or two times a year. They also assessed negative life experiences with a questionnaire. Some of the questions included whether there was a death in the family or a lost job. All analyses were controlled for age, gender, and denomination.

Offspring of depressed parents did not differ with regard to gender, age, denomination, education level, and marital status. Results indicated that offspring of depressed parents were more likely to have had an MDD before the 10-year followup; however, when controlling for a prior MDD and negative life experiences, whether or not a parent had had an MDD was not significantly associated with any psychiatric disorder between the 10- and 20-year followups.

In the combined samples, increased religious service attendance was associated with fewer mood and psychiatric disorders, but was not associated with fewer MDDs. This effect was much more pronounced in the children of non-depressed parents. How important the participants deemed religion to be had no statistically significant effect on any mental disorder, but there was a non-significant trend in the same direction as attendance. In the offspring of depressed parents, attendance lowered the risk of major depression only for those who did not have a prior MDD. Attendance also was associated with a decrease in MDDs in those who experienced a large number of negative life experiences.

In general, attendance and, to a lesser degree, importance of religion was associated with fewer mental disorders. However, this was truer for children of non-depressed patients. It seems likely that this result depends on the support system of a church and not belief in and of itself, since the importance of belief was not nearly as large of a contribution to this effect. Hopefully, future research will be conducted on the interaction between religion and mental disorders that controls for amount of social support.