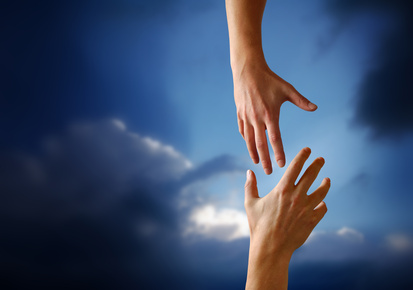 For some, religion is a way to achieve salvation – ensuring that, for example, one’s soul will be taken care of in the afterlife. But for many others, religion and spirituality are also about life in the here and now. Research in recent decades has suggested that religiosity and spirituality may be associated with a wide variety of positive life outcomes, such as less disease and higher overall well-being. Not everyone agrees, however. James Benjamin Schuurmans-Stekhoven (Charles Sturt University, Australia) thinks that it’s virtuous traits, not spirituality, that lead to a happier life, and he’s using statistics to prove his point.

While a seemingly endless cascade of research papers over the past quarter-century has catalogued investigations into the purported connections between religiousness and well-being, it’s an unfortunate fact that many of these papers have suffered from poor research design and, just as often, less-than-stellar statistical analysis. Because of these flaws, experts have found it difficult to draw firm conclusions about how spiritual and religious beliefs may help life outcomes – or, indeed, if they actually help at all. Schuurmans-Stekhoven set out to correct this problem by setting up a study that examined spirituality as one of several positive personality traits, all of which were expected to predict various aspects of well-being.

The different subsets of well-being (such as purpose in life, mastery over one’s environment, and positive relations with others) combined to make one overall measure of personal well-being, or “PWB.”  Along with the other virtues, such as self-control, kindness, hope, and the appreciation of beauty, Schuurmans-Stekhoven expected spirituality to statistically predict total PWB. But he expected that those other virtues would be stronger predictors of well-being than spirituality, meaning that spirituality’s effect on well-being would probably be mediated by the other virtues rather than having a standalone impact.

As it turned out, the results of Schuurmans-Stekhoven’s study bore out his hypothesis. His findings showed that spirituality was associated with various aspects of well-being – including total PWB – when simple bivariate analysis was performed on the data from a survey. But when more complex multivariate analysis was performed the associations became much weaker. In fact, when the effects of the other personal virtues were taken into account, spirituality became a negative predictor of well-being!

What does all this mean? An example might help illustrate the point: think of the relationship between aging and driving skills (a common example in introductory statistics lessons). It’s commonly accepted that, up to a point, people generally become better drivers as they age, and a bivariate analysis would probably uncover a positive relationship between aging and driving skills.

But does aging by itself really make people better drivers? Most people would agree that it doesn’t. Instead, as people age they become more experienced. They’ve simply had time to make more cross-country road trips, finish more afternoon grocery runs, do more carpooling with the neighbors’ kids – in short, they’ve done a lot more driving, period, than any fresh-faced 17-year-old. This accumulated experience behind the wheel translates to better driving skills and, if all goes well, fewer accidents (not to mention lower insurance premiums). The real cause of better driving, then, isn’t exactly aging. Rather, the relationship between aging and better driving skills is mediated by the increase in experience one accumulates as one ages.

But there’s more to this story. Let’s say we gather information for a survey that includes more than just one or two variables. To be specific, we’ll measure age, driving experience, testosterone levels, aggressiveness, emotional control, and patience. Now, if we have a statistics expert run a multivariate analysis on all these variables, what we find is that all the measures we chose are related to driving ability, some negatively and some positively. For example, higher testosterone levels seem to predict more accidents. More patience predicts fewer.

What’s more, when we cross-reference the different variables against each other, we find that the effects of some of them seem to disappear like optical illusions. For example, when aging is nested within an analysis of all the other variables we’ve mentioned, its supposed benefits are gone. In fact, if variables such as better emotional control and more patience (both of which tend to come with age) are taken into consideration, aging actually seems to predict more accidents, not fewer. The results of this more fine-grained analysis suggest that aging is associated with a range of character traits that are good for driving, but aging on its own isn’t necessarily a good thing.

Schuurmans-Stekhoven suggests that something similar is going on with spirituality and well-being, and he offers a fascinating explanation for how spirituality came to be associated with positive virtues that contribute to happiness. In the course of human cultural history, he suggests, groups that attracted people who were generally pro-social – people who were kind and considerate of others, patient, humble, and so on – survived by default, while groups that attracted less-virtuous individuals were more likely to perish. Think, for example, of Enron, the Texas energy company that imploded in 2001 because its some of its executives and accountants were cooking the books. Enron’s corporate culture attracted people with less-than-ideal social values (at the executive level, at least), and the end result was that Enron collapsed, losing its assets and laying off all 22,000 of its workers.

The Schuurmans-Stekhoven hypothesis implies that it’s not religions that instill positive character traits. Rather, people with positive character traits are drawn to such social organizations and help to keep them alive, explaining why Christianity, Islam, and other major traditions have survived through the centuries. In contrast, the more egoistic and less prosocial individuals have typically rejected religious affiliation simply because such rebellious types reject any cultural system they find themselves born into, whether it’s Christianity, Scientology, or the suburban bourgeoisie. Since most cultures have been dominated by a religious system, the end result is that virtues such as conscientiousness, kindness, and forgiveness have tended by default to be associated with religion, whereas rebelliousness, egotism, and selfishness have been associated with atheism or apostasy. But neither correlation actually reflects a causal relationship; instead, they’re artifacts of how cultural systems work.

But while Schuurmans-Stekhoven’s hypothesis is deeply intriguing, it’s easy to wonder whether his definition of “spirituality” might ultimately be a bit thin. The statistics he uses completely separate spirituality from such traits as wisdom, hopefulness, and good citizenship. This leaves a somewhat watered-down conception of spirituality that depends on such traits such as regular prayer, expectation of an afterlife, and belief in God. Many people who identify as religious or spiritual would likely counter that spirituality as a concept is inextricable from wisdom, forgiveness, and other virtues. For such observers, people who are spiritual but not virtuous wouldn’t really count as spiritual.

However, Schuurmans-Stekhoven also argues that, among virtuous people, non-spiritual types enjoy slightly higher well-being. Statistically, then, it’s better to be virtuous and secular than it is to be virtuous and spiritual (in their narrow sense of "spiritual"). While this finding may seem like a blow against spirituality, studies in the psychology and philosophy of religion have long hinted at such a relationship. For example, philosopher William James argued that religious experience is deeply entwined with experience of the dark and existentially upsetting aspects of life. As such, people who believe in God or have spiritual experiences may be more likely to have been confronted by deeply unsettling truths about reality – such as death and suffering – which detracts somewhat from the type of well-being measured in surveys.

Spirituality is a concept whose definition is still very much up in the air, but Schuurmans-Stekhoven’s work shows that belief in God and other supernatural propositions may not be much good for people unless those beliefs are accompanied by virtuous and prosocial attitudes. Although most people who consider themselves spiritual would scarcely be surprised at this suggestion, Schuurmans-Stekhoven’s work raises fascinating questions about the nature and role of spiritual belief in human life. Belief, it seems, may not be quite what we think it is – and virtue may not be nearly as simple as we'd like.

Click here for Schuurmans-Stekhoven's article, "Is it God or Just the Data that Moves in Mysterious Ways? How Well-Being Research may be Mistaking Faith for Virtue," in Social Indicators Research.