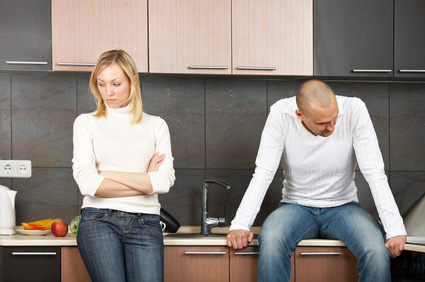 Guilt: it’s no fun. Knowing that we’ve harmed or let down someone we care about leads us to feel blue, self-conscious, and eager to make amends. However, many psychologists have suggested that the emotion of guilt is actually a highly useful social tool, because it inspires people to reach out in an attempt to repair injured relationships. But what if the work people put into making things right comes at the expense of others who haven’t done anything wrong at all?

Although nobody likes feeling guilty, psychologists have long classified guilt as a “moral” emotion, because it inspires prosocial or selfless behavior. Namely, it drives people who have hurt others to try to make things right again by offering extra attention, apologies, and even gifts. In this way, guilt helps smooth the social fabric of a community, ensuring that relationships remain strong even when someone has acted inappropriately or selfishly.

Incidentally, this may be part of the reason that religions are often associated with guilt in the popular imagination – many models for religious groups stress the prosocial, community-oriented aspects of religious practice. Religious communities often ask adherents to be especially aware of the good of the collective, sublimating personal goals and desires in favor of the group. And there’s nothing like guilt to enforce prosocial mores.

Despite guilt’s good reputation among psychologists (and, perhaps, religious leaders), a group of researchers based in the Netherlands recently began wondering whether guilt, like so many beneficial tools, might also have a dark side. Specifically, Ilona E. de Hooge (Erasmus University), along with colleagues Rob Nelissen, Seger M. Breugelmans, and Marcel Zeelenburg (all at Tilburg University), questioned whether the extra resources that guilty people put into smoothing relations with people they’ve harmed come at the expense of the group.

For example, let’s say that you completely forget your friend Tom’s birthday. You see him the next day, and you’re mortified when he tells you how disappointed he was that you didn’t show up at his party. It happens that you also have plans to meet up with another friend for coffee that afternoon. What do you do? The group of Dutch researchers had a hypothesis: you ditch your other friend to spend time with Tom, making up for having hurt his feelings. This action helps your relationship with Tom, of course, but it also unintentionally hurts someone else – the friend you have to cancel on this afternoon.

De Hooge et al. tested this hypothesis by carrying out a series of experiments in which participants were primed to either feel guilty or not, and then were asked to distribute money or lottery tickets among themselves and a small group of others. In one experiment the guilt-group participants were told that their poor performance on an unrelated task had prevented another participant from getting his or her full share of money. Following this revelation, some of the participants were put into groups with the people they’d supposedly wronged and one other person they hadn’t yet encountered. When asked to divide €50 between themselves and the two others, the guilty participants gave more money to the wronged party – but much less to the third participant. In other words, the guilty participants paid to make good, not out of their own pockets, but by giving less money to a third party who hadn’t been involved in the first task at all.

The authors point out that most people, when asked, stated that the most moral action would be to give more money to the injured person, but to pay for it by keeping less money for oneself. This means there was a serious discrepancy between what people said was moral and what most people actually did. Guilt appeared to make people focus exclusively on the person they thought they’d harmed, but to do so at the expense of others – not at their own expense. Guilty people kept just as much money for themselves as participants who had been primed to feel good. They simply transferred money from another, unrelated person and gave that money to the injured party to make up for the wrong they, themselves, thought they had done.

This study highlights the fact that human behavior is often inconsistent and unpredictable, and that our decisions are often motivated by self-interests we aren’t necessarily aware of. It’s not that guilty participants in this study were intentionally deciding to take from one person in order to make up to another. Instead, it appears that the emotion of guilt temporarily narrowed their ethical window, as it were, to a single person – the person they thought they’d hurt. In a way, one could think of this phenomenon as a touching example of people trying to do the right thing but not quite getting it right. After all, no one likes feeling guilty, and so it makes sense that we’d be especially motivated to do nice things for someone we think we’ve hurt. So the next time something similar happens to you, you might ask yourself the question: who exactly is paying for my mistakes?

Click here for de Hooge et al.'s article "What is Moral about Guilt? Acting 'Prosocially' at the Disadvantage of Others" in the Journal of Personality and Social Psychology.