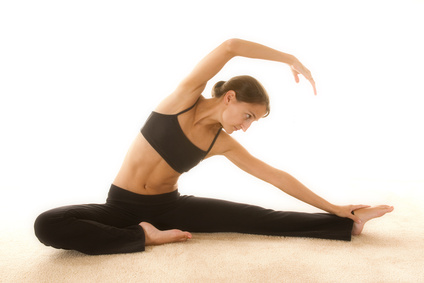 Yoga has been prominent in the public eye recently – it seems like everyone from housewives to movie stars is suddenly carting around a yoga mat en route to their favorite studio (sending some Christian pastors into an existential panic while they’re at it). But is yoga just a trend, or does it actually do anything useful for people? As it happens, new research from Boston University suggests that it’s more than just a fad: yoga may help increase levels of gamma-aminobutyric acid in the brain, leading to greater well-being than exercise alone.

The set of practices usually called “yoga” in the United States and Europe derives from hatha yoga, one of several paths toward spiritual enlightenment in South Asian, or Hindu, philosophy. While in its Indian context hatha yoga is a complex set of poses, meditations, and purification practices intended to unify the masculine and feminine elements of the mind and body, in the modern West much of this philosophical and religious framework has been abandoned as practitioners have focused on the physical exercises. However, many yoga fans claim there’s still something “spiritual” about their practice, and research has partially backed up their assertions – yoga appears to have beneficial psychological as well as physical effects, including enhanced mood, reduced anxiety, and greater self-reported well-being.

While it’s no longer in doubt whether yoga has positive mental health effects, what researchers aren’t sure about is how these effects work. Boston University’s Dr. Chris C. Streeter and colleagues recently decided to investigate this connection, hypothesizing that increased levels of a chemical known as gamma (γ)-aminobutyric acid (GABA) might be responsible for linking hatha yoga to increased psychological well-being. Their conjecture had credible backing: previous studies had shown that reduced GABA levels were associated with mood disorders and anxiety, while yoga was known to increase GABA levels compared with a sedentary activity like reading.

To show that the increase in GABA was due to yoga rather than just exercise in general, Streeter and his fellow researchers divided a study population into two subgroups, one of which practiced a version of yoga known as Iyengar yoga and the other of which merely went on hour-long walks. Neither group had practiced yoga in the past. Both groups exercised (either by walking or doing yoga) three times a week, an hour at a time, for twelve weeks, and the researchers tested participants for mood, anxiety, and GABA levels three times: once at the beginning of the study, once at the end, and once more at the end following a final hour of walking or yoga.

The results backed up previous research showing that yoga produces positive mental health effects: over the course of the study, yoga practitioners showed significant increases in measurements of “revitalization” and “tranquility,” while the walkers showed no change in anxiety or mood. Interestingly, there was no long-term change in GABA levels for either group, but the yoga group showed increases in GABA levels in the thalamus directly after an hourlong yoga session. These changes were associated with increases in revitalization and tranquility measures – and decreases in anxiety measures – to a statistically significant degree.

While the study, published this month in the Journal of Alternative and Complementary Medicine, presents tantalizing hints that yoga practice may increase levels of gamma-aminobutyric acid in the brain leading to increased well-being, some questions were left following the completion of the research. Most importantly, the short-term increase in GABA levels in yoga practitioners did not quite reach the level of statistical significance, which makes it difficult to make rock-solid claims about the effects of yoga on GABA levels and on mental health. The authors suggested that practitioners with more experience may produce higher levels of GABA than beginners, echoing other researchers who have found greater benefits of meditation among highly experienced meditators than in neophytes.

Still, the authors point out that their study is the first to convincingly associate any practice such as yoga with both increased GABA levels and improved psychological measures like mood or reduced anxiety. Instead of a hard-and-fast proof, then, their work probably represents a worthy beginning. Further research in the future might just increase our store of knowledge while, if we’re lucky, telling us something practical about how to pursue psychological – and spiritual – well-being.