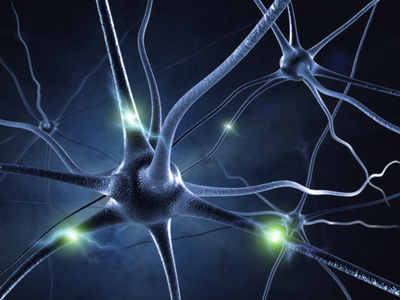 It’s one of the most basic human experiences. The world and I are different things – the world is out there, and I’m looking out at all the action. But this division might not be so strict for everyone. Researchers in China have discovered that people from different cultures show distinctive patterns of neuronal activation when asked to think about themselves. Specifically, Tibetan Buddhists do not exhibit the typical brain activity associated with concepts of a self. This suggests that religious beliefs directly affect not only our neurology, but our fundamental experience of the world.

Self-processing, or self-reflection, a psychological term that refers to how we think about ourselves in relation to our environment, is a mainstay of neurological and psychological research. Part of the role of self-processing in the brain’s toolbox is to help monitor our interactions with the external world and correct minor behavioral flaws before those flaws turn into serious problems. We use self-processing when we wonder whether we’ve made a good impression on new acquaintances, for example – did we smile nicely and make eye contact, or did we mumble and stare at the floor? Self-processing is also often activated after we commit an error or fail at a task,  such as when we get a poor grade on a test. Often, this will lead us to reexamine our performance to learn where we went wrong.

Researchers have long known that the culture one is brought up in can affect how one processes the self in the context of the world, and that these differences can be detected in brain imaging tests such as electroencephalograph, or EEG, scans. A person from a culture in which collective action and loyalties are valued over individualist aspirations, for instance, might show different patterns of self-evaluative brain activity than a person raised in the United States. The concept of the “self,” then, arises at least partially in response to cultural factors.

While this conclusion has been accepted for some time, what hadn’t been made clear prior to the recent publication of an article in Social Cognitive and Affective Neuroscience was that religious upbringing can also affect our conceptions of the self. To make this claim, neuroscience researchers Yanhong Wu, Cheng Wang, Xi He, Lihua Mao, and Li Zhang of Capital Normal University in Beijing conducted neuroimaging scans of Han Chinese and ethnic Tibetan volunteers. In the Han Chinese participants, the parts of the brain known as the ventral medial prefrontal cortex and the left anterior cingulate cortex were activated during self-processing, showing a strong distinction between self-processing and other-processing patterns. But in the Tibetan volunteers, stimuli intended to elicit self-processing failed to produce any distinctive patterns of brain activity or behavior. In other words, Tibetans’ brains looked the same when they were contemplating themselves as when they were focused on others or the external world.

Wu and the other researchers concluded that the apparent uniformity between Tibetan participants’ self- and other-processing arose from the lack of an emphasis on an individual self in Tibetan Buddhism. Like many forms of Buddhism, Tibetan religion teaches that the self is no more than a product of its ephemeral surroundings – essentially, an illusion. To the Chinese neuroscientists, the results of the imaging scans suggested that this religious teaching was powerful enough to shape Tibetan volunteers’ neurology at a primary level.

Religion is a fundamental component of most people’s lives across the world, and it’s not news to anyone that our religious beliefs affect how we think about ourselves and about the world. But the claim that our doctrines can radically affect us at the neurological level is a different, and compelling, take on the age-old relationship between religion and the mind. If the researchers in China are correct and self-evaluative processing itself, one of the most fundamental human traits, can be altered or even switched off, religion might be an even more powerful force than we suppose.