Institute for the Bio-Cultural Study of Religion

An Institute of the Center for Mind and Culture

REVP aims to understand the sources and dynamics of religious extremist violence, to predict where and when it is most likely to flare up, to identify how to avoid it and how to arrest it when it starts.

Humans are prone to violence so we have learned that peace is hard-won. Religious groups with potent convictions intensify everything, stimulating both violent acts and movements for peace and justice.

DSP analyzes almost two dozen subdimensions of experiences and practices that people are prepared to call spiritual. We analyze responses in order to detect meaningful clusters of subdimensions, thereby helping both to firm up the meaning of "spirituality" and to uncover the commonalities and differences between our individual spiritual styles.

SRP is a cluster of sub-projects applying computer simulation techniques to the scientific study of religion. Modeling and simulation depends on data, so building and finding datasets is a vital part of SRP.

Extant simulation research in religion has posited very simple human minds, simple interactions, simple behaviors, and simple modes of change. This is for good reasons: excessive complexity in a simulation obscures the relevant lines of causality and we lose cognitive control over our own models. But too much simplicity gives wrong answers, just as too much complexity gives unclear and confused ones. So SRP strives to strike the right balance.

SRP integrates multiple theories of religion and produces tools capable of testing hypotheses about religion’s social and cultural effects. The Simulating Religion Project will try to answer questions such as, “What are the factors that contribute to civilizational transformation?”, “What role does religion play in social change?”, and “How do evolved cognitive, emotional and social tendencies interact?” Simulation techniques permit a newly persuasive approach to such questions, complementing approaches pursued in other disciplines.

QRXP develops methods for measuring the distinctive and sometimes potent cognitive and emotional features of experiences that people are willing to call religious or spiritual. The purpose of this project is to furnish a basis for the comparison of religious and spiritual experiences across demographic groups (such as men and women) and across cultures.

QRXP has built the PCI-RSE - aka "Phenomenology of Consciousness Inventory for Religious and Spiritual Experiences" - which functions as its central quantification tool.

The project is funded through the generous support of the John Templeton Foundation, Boston University, and IBCSR.

MRP, a sub-project under the umbrella of IBCSR's Simulation Religion Project, is an ambitious attempt to connect the sciences of modeling and simulation (M&S) and the scientific study of religion (SSR). With generous funding from the John Templeton Foundation, the three years from July 1, 2015 through June 30, 2018 promise intensification of a new kind of research in the academic study of religion.

The first goal of MRP is to produce a simulation development platform that will allow SSR scholars and students to create complex simulations with no programming.

The third goal is to explain the importance of M&S to experts in religious studies, beginning with SSR. Concerns about reductionism and over-simplification are important and we are addressing them. This outreach effort involves blogs and documentary films.

The goal of the MODRN project is to create cutting edge computer simulations of religious and social conflict in Norway, using modeling systems that enable “virtual” social experimentation by integrating empirically validated theories in the scientific study of religion (and of secularization) within complex “causal architectures.” These simulations will be calibrated using massive Norwegian datasets in dialogue with national and international experts in the fields of computer modeling, religious and secular diversification, and Norwegian public-policy.

One line of inquiry has been in relation to Parkinson's Disease. While helping PD patients understand and cope better with this difficult neuro-degenerative disorder, we are also uncovering the neural systems involved in religious cognition.

This is the opposite of finding a "God Spot" in the human brain; it is more about developing a neuro-cognitive model that expresses the complex way numerous brain systems are combined to express the extraordinarily complex thoughts, emotions, dreams, memories, and behaviors we associate with religion and spirituality.

Religion, Brain & Behavior (RBB) is the flagship journal in the bio-cultural study of religion.

The aim of RBB is to provide a vehicle for the advancement of current bio-cultural approaches to understanding religion at every level, from brain to behavior. RBB unites multiple disciplinary perspectives that share these interests. The journal seeks empirical and theoretical studies that reflect rigorous scientific standards and a sophisticated appreciation of the academic study of religion. RBB welcomes contributions from a wide array of biological and related disciplines, ranging from cognitive science and evolutionary psychology to and religious studies.

The IBCSR Research Review offers a survey of recently published scientific research related to the bio-cultural study of religion and spirituality and health. The periodical is published by Wesley Wildman for IBCSR and edited by Joel Daniels, IBCSR post-doctoral fellow.

You can register to receive free email editions of IBCSR Research Review using the registration box on the IBCSR home page. Online versions are available, several months after they are published.

IBCSR members have access to a searchable database of publications in the scientific study of religion. This database is a one-stop solution to finding what has been published in the bio-cultural study of religion - including evolutionary religious studies, cognitive science of religion, neuroscience of religion, and spirituality and health - with no extraneous results to sift through on your way to locating the information you seek. The IBCSR Research Review Database contains all entries from all issues of the IBCSR Research Review as well as articles from previous years back to the middle of the nineteenth century, and is expanding all the time.

IBCSR initiated this project in the wake of a highly successful research effort at Boston University called the Cross-Cultural Comparative Religious Ideas Project. The aim of IBCSR's effort is to identify a biologically and cross-culturally intelligible basis for the existence of stable comparative categories.

The attractive payoff here is an empirically grounded basis for speaking to one another across the chasms of cultural, religious, and historical difference. Plenty of people say it's impossible, and plenty say its easy. We think bio-cultural research methods can settle the question and advance dialogue at the same time.

IBCSR is a research institute handling religion-focused research within the Center for Mind and Culture.

Science On Religion.org features news on the scientific study of religion, book reviews, and videos.

Exploring My Religion.org: get instant feedback on your spirituality and contribute to scientific research.

Religion, Brain & Behavior is the flagship journal in the bio-cultural study of religion, discounted for IBCSR members. 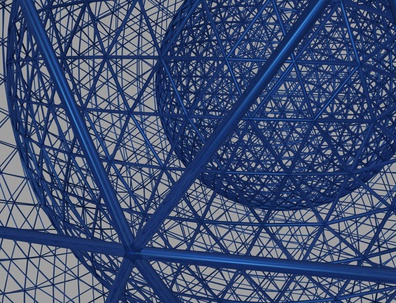 The Institute for the Bio-Cultural Study of Religion (IBCSR) has been awarded a $2 million grant from the John Templeton Foundation (templeton.org) for a three-year project in computer modeling and simulation for the scientific understanding of religion. Dr. Wesley J. Wildman, a leading expert on using agent-based and system-dynamics models to investigate religion, is the principle investigator (PI) for the project, which will expand on the Institute's already-running Simulating Religion Project and its publications. The Templeton Foundation’s support of the Modeling Religion Project will further that research, using a variety of types of models and complex virtual minds to investigate the role religion may have played in transformational shifts in civilizational form, such as the move from hunting and gathering to settled agriculture, the shift from early civilizations to the Axial Age, and the transition to modernity. The project will also create a platform for modeling and simulation accessible to non-programmers, and will invest resources in explaining the value of simulation and modeling for a wider audience through outreach efforts and a documentary film.

IBCSR will enjoy the fruits of rich collaboration in this undertaking. Dr. Wildman has brought together an international team of world-class scholars both from the simulation and modeling community and from the world of the scientific study of religion. IBCSR will be collaborating particularly with the Virginia Modeling, Analysis and Simulation Center (VMASC) at Old Dominion University, which houses many of the world's top experts in modeling and computer simulation. These interactions among these researchers promise to be transformative.

Computer simulation and modeling provides a robust, powerful way to test hypotheses and hone theories about cognition, society, and religion – realms where rigorous experiments are famously hard to carry out. For the first time, computer modeling technology is powerful enough to gather up all the major theories of religion and test their predictions in rich simulated worlds. This project might make history.