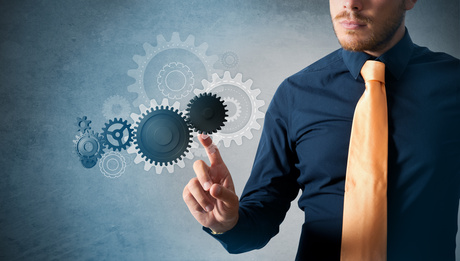 The Simulating Religion Project aims to develop software that will simulate the cognitive-emotional mental processes and social interactions that mediate the effects of religion on social and cultural systems. Adequately simulating the cognitive complexity of people holds the key to SRP’s success. Past simulation research in religion has grossly oversimplified the way humans interact, think, behave (especially morally), and change; this, obviously, will not do. At the same time, one should not include too much complexity in the simulation because this risks obscuring the issue rather than clarifying it. Too much simplicity gives wrong answers, and too much complexity gives unclear and confused ones.

SRP integrates multiple theories about the cognitive, emotional, and social functions of religion to create a simulation platform for conceptual experimentation. This platform should be capable of testing a variety of hypotheses regarding religion’s effects on culture. More specifically, the SRP will try to answer questions such as, “What are the factors that contribute to civilizational transformation?”, “What role does religion play in social change?”, and “How do evolved cognitive, emotional and social tendencies interact?” Given SRP’s empirical foundation, it can address these questions more plausibly than ever before.

SRP should be able to test many of the prevalent theories in the scientific study of religion. For instance, scholars suppose that groups that impose a very high cost on membership achieve greater stability than groups that require next to no cost. Such scholars would point to modern day religions such as the Roman Catholicism and the Unitarian Universalism for support. The Roman Catholic Church has maintained greater stability over time than the Unitarian-Universalists because it expects at least semi-regular attendance from its members and celibacy from its leadership; by contrast, the Unitarians do not demand anything close to that level of severity of self-sacrifice. Of course, while this theory makes sense, it cannot do much better than merely making sense. That is, one cannot actually go back in time and empirically test the theory. What the MRP hopes to achieve comes as close to time travel as is currently possible through its sophisticated simulations. These would either give or take away support for this theory in a way that’s more than theory but less than true empirical investigation.

To those skeptical about the accuracy or power of computer modeling to model complex human behaviors and interactions, a similar skepticism arose in a debate among anthropologists. Some anthropologist adamantly opposed relying on a computer to reconstruct anthropological data. Yet, when the smoke cleared, most ended up agreeing that computer simulations could succeed in the limited role of clarifying and testing explanatory theories against empirical data, but they did not pretend that such simulations could capture every relevant aspect of the phenomenon under investigation. In other words, computer modeling seems to work, but only in a supplementary role.

As it turns out, such a supplementary role is precisely what the Institute's SRP proposes to play. It offers two major benefits to the field of the scientific study of religion. First, it would force religious studies theorists to explain their theories in sufficient detail such that they can be modeled. This would make theories about religion more specific and hold them to explicit stadards of coherence and consistency. Second, religious theories often grow to such a large degree of complexity that one cannot tell what exactly falls under their scope of explanation. SRP demands clarity from theorists on this front also, because nothing less can handle the concrete challenges of simulation and modeling.

The intricate and complex phenomenon of religion has for too long left scholars with no choice but to speculate about how religion works socially. Through advanced computer simulation, SRP aims to help articulate an vital new aspect of the future of religious studies.