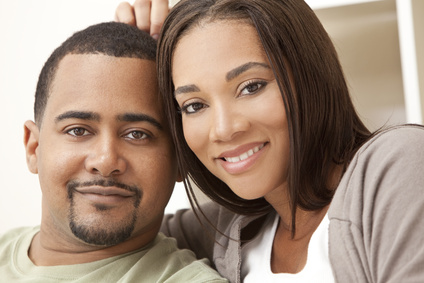 It’s a familiar quote: “the family that prays together, stays together.” Folk wisdom says that participating in religious activities with a significant other is beneficial for the relationship, but now scientists are beginning to test that claim. Recently, a team of investigators looked at marriage training programs in African-American couples to find out whether prayer actually makes partnerships better. Like so many results in the study of religion and well-being, their findings leaned positive, but raised as many questions as they answered.

African-American marriages often face more challenges than those of other ethnic groups in the United States, with higher divorce rates and lower reports of satisfaction within marriages. However, African-American couples are also significantly more religious than most other groups, attending church far more often and praying to God more regularly. Steven R.H. Beach (University of Georgia) and colleagues wondered whether this meant that African-American couples might have religious and spiritual resources that could help build stronger marriages. To find out, they conducted a study assessing the benefits of marriage training that included prayer.

A particular marriage training program, Christian PREP (Prevention and Relationship Enhancement Program), was used as a foundation for the researcher’s model. PREP focuses on building communication, problem-solving, and listening skills to strengthen relationships. Making modifications to the original program, Beach and colleagues developed two new programs specifically for testing among African-American volunteers. One, the Culturally Sensitive PREP, used the same basic emphasis on communication skills but stripped all Christian and religious language from the model, while simultaneously adding discussion of racism and culturally appropriate use of language. The other, Prayer-Focused PREP, also employed culturally sensitive language but included an emphasis on prayer – particularly for one’s partner.

Since most African-Americans identify as Protestants, the prayers that the Prayer-Focused PREP training offered as examples were Christian in theme. However, the researchers and trainers encouraged volunteer couples to make up their own prayers, with emphasis on compassion and agape, or selfless love, for their partners. This made it possible for couples from different religious backgrounds, including Muslim couples, to participate.

Unsurprisingly, the researchers found that the couples who had received no marriage training of any kind did not improve as the study went on, remaining at about the same level of satisfaction for the entire year. However, the couples who did undergo marriage training showed significant levels of improvement in satisfaction and happiness with their relationships. Both the prayer-focused and the culturally sensitive versions of PREP seemed to help couples feel more bonded and contented with their partners.

So did the prayer make any difference? Well, yes – but only for the wives. Men in both the prayer-focused and the secular training groups showed equal levels of improvement in terms of relationship satisfaction, both following the training sessions and at the one-year followup. But the wives who took part in prayer-focused training showed significantly higher levels of satisfaction than the other two groups of female volunteers. One year later, they were still happier in their relationships than women who had received only secular PREP training, although the gap had narrowed.

What are we to make of these somewhat confusing results? Sure, prayer did seem to help the female partners to feel greater relationship satisfaction, but the effect diminished over the course of a year. And prayer didn’t seem to make any difference at all for the husbands, who responded equally well to prayer-focused and secular training. Is prayer helpful for marriages or isn’t it?

The answer is likely something like, Yes, probably – but with qualifications. First, the couples recruited in this study reported already praying for each other regularly before the study began. This means that the inclusion of prayer in this research may have suffered from a confound, since African-American couples in the Atlanta area tend to be religious and to pray for one another to begin with. Thus, it’s unclear how much the researchers were learning by asking couples to pray for each other. Second, women in the United States are typically more religious than men, suggesting that in American culture women may respond more favorably to religious themes and practices, or may feel greater need for them.

However, even if it was only the wives who responded to prayer in this study, the fact is that prayer did seem to have an effect. In a country where one-third to one-half of marriages end in divorce before ten years, any tool to boost relationship satisfaction, however small, seems worthwhile. From the perspective of the scientific study of religion, though, it seems that there is much work left to do to parse the relationship between religion and marriage well-being. Cross-culturally, religion seems to be associated with greater ingroup bonding, intragroup trust, and personal investment in social organizations. It’s therefore not immediately clear why men wouldn’t respond equally well to the use of prayer in marriage training.

These mixed results highlight a recurring feature of research in the field of religion and well-being: often what seems intuitively true, or what we want to be true, is at best only partially backed up by the evidence. In general, it seems that religious practice does boost well-being, but there are countless influences that can counter this effect, neutralize it, or enhance it. Like so many old wive’s tales, there’s a bit truth in the adage that prayer heals marriages. But there’s a lot more there, too.